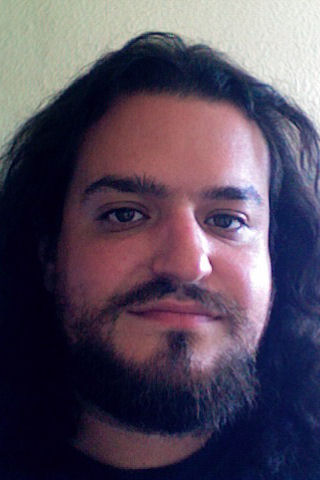 Born into a musical family in Cape Town, South Africa, in 1983, Matthijs van Dijk is an active chamber and orchestral musician, composer and arranger. Van Dijk started composing when he was nine and to date has written several works for orchestra and smaller chamber ensembles.

His first string quartet, Hotel 35 was commissioned and premiered by the Odeon String Quartet in 2002. The renowned Sontonga Quartet premiered his third string quartet, Sirens, in August 2003, as well as his piano quintet, Movement 2, with Dutch pianist Nora Mulder in 2004. In 2006, van Dijk’s quartet movement “Truce?” he asked was included as part of Sontonga’s program for international and national tours.

The University of Cape Town String Ensemble commissioned and premiered Her Absence Filled His World in September 2004, which was later performed by the Chamber Orchestra of South Africa. In 2005, van Dijk was nominated for a Kanna Award for his work with Karen Zoid at the Klein Karoo Nasionale Kunstefees. In 2006 he was the recipient of the prestigious SAMRO Overseas Scholarship for Composition.

In the same year, Van Dijk orchestrated Phillip Miller’s score for the film Catch a Fire, directed by Philip Noyce. In 2012, van Dijk composed and conducted a soundtrack for the film Loot (written and directed by Greg Rom), which won the Audience Award at 2012 New York City Shorts Film Festival, the Best Narrative Award at the One Screen Film Festival and was part of the official selection for the St. Louis International Film Festival. Between September 2013 and March 2014, van Dijk contributed to soundtracks for 80 “Made For Television” movies, which were broadcast by M-Net West Africa in Nigeria. Since the same year, van Dijk has been composing for Sunrise Productions, having his music featured in the launch of the new Welsh rugby mascot, the English rugby mascot and as well as composing the soundtracks for season 3 of their animated series Jungle Beat. In 2014, van Dijk, in collaboration with Simon Ratcliffe and Sound & Motion Studios, formed the South African Film Orchestra, as a vehicle to promote and record soundtracks in South Africa.

Since 2005, van Dijk has been involved with the annual South African Horrorfest, which included live performances of his soundtrack for the 1925 silent classic The Phantom of the Opera (2005) for electric string quintet, trumpet & percussion, and has collaborated with members of rock-groups Lark and Terminatryx (as the Makabra Ensemble) on live soundtracks for the films Nosferatu (2006), Häxan (2008), Maciste In Hell (2010), Dr Jekyll and Mr Hyde (2011) and (as part of the Celludroid Sci-Fi Film Festival) Metropolis in 2012. In 2009, Nosferatu was released on DVD and was performed as part of the Oppikoppi Rock Festival, with the Makabra Ensemble returning to the festival in 2010 with Maciste In Hell.

In 2008 the New York based duo Clockwise (featuring Marc Uys and Jacqueline Kerrod) commissioned Though The Cherry Trees Don’t Blossom… as part of their national tour of South Africa and performances in the United States, as well as including it as the title track for their soon to be released debut album. In the same year, van Dijk was commissioned by MAYA, a flute, harp & percussion group based in New York, to write Upon Viewing, as well as the Free State Symphony Orchestra commissioning and premiering Catachresis under the baton of Chris Dowdeswell. In 2009, Shannon Mowday and Doug Masek premiered the double saxophone concerto-movement The Voices Say, conducted by Richard Cock with the University of Cape Town Symphony Orchestra. Later that year, van Dijk was commissioned to write On The Rocks for viola sextet, which was premiered at the International Viola Congress held in Stellenbosch, as well as being commissioned to write a showpiece for violin and piano (Vice) for the 5th Unisa International String Competition. In 2012, van Dijk was again commissioned to compose a work (this time his 2nd viola sonata, Sukulala!) for the International Viola Congress (this time being held in New York), which was premiered by Jeanne-Louise Moolman.

In 2007, van Dijk held an exhibition concert of various chamber music works (Memories Of Light & Darkness) at the Baxter Concert Hall in Cape Town, featuring local performers such as Jill Richards, members of Sontonga, the Stanley Magafta Quartet and various members of the Cape Philharmonic Orchestra. At the beginning of 2010, another exhibition concert was held (Upon Viewing), this time in New York City at the Tenri Cultural Institute, featuring Clockwise, MAYA, members of the American Modern Ensemble and South African pianist Kathleen Tagg. In 2013, van Dijk was chosen as one of six composers to workshop his 2nd piano trio with the Fidelio Trio in Dublin, Ireland.

Van Dijk’s arranging work has been included on various albums, by groups such as Flypaperjet and Palms Up. He has also arranged several pieces for the Starlight Classics concert series for full orchestra and artists such as Zanne Stapelberg, James Grace, Shannon Mowday, The Twenty Tenors, Lira and Freshly Ground.