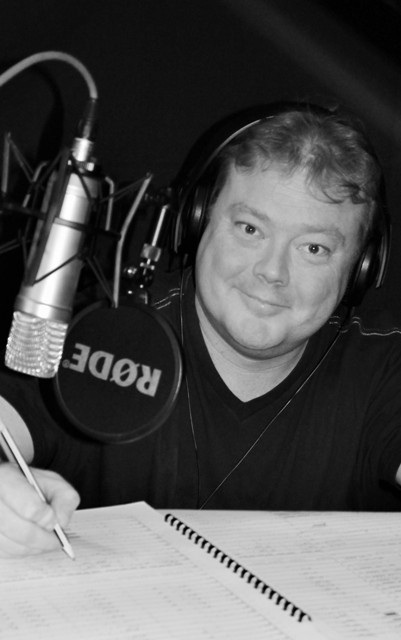 Andrew Ford is an enormously talented musician, performer and composer and draws on this wealth of experience as Musical Director at The Nut House Recording Studio.

As one of the first music students to attend Beau Soleil, he remembers his time there with great fondness saying it was one of the most inspirational periods of his life. Under the excellent mentorship of Frank Mallows and then Principal Johan Zeitsman, Andrew succeeded in becoming the Principal Percussionist with the National Youth Orchestra for three years and performed with them all over South Africa. The dedication and enthusiasm of all the staff inspired Andrew to make music his career and he went on to study a degree in composing, arranging and performance at UCT College of Music.  Andrew has composed and produced over 900 music sound tracks for television, cinema and radio.  He has achieved international acclaim and received awards for music and post production from Cannes Lions, London International Advertising Awards, The New York Festivals and of course our own Loeries.

Although Andrew’s first love is jazz, his talent and love of music extends to every genre from Big Band swing to contemporary pop and rock.  Andrew has conducted various orchestras including The Cape Town Symphony Orchestra and has performed with international artists including Catherine Jenkins, Ronnie Jordan, Shakattack, Sergio Mendez as well as local phenomenons such as Sibongile Khumalo, Louise Carver, Judith Sephuma, Ard Matthews and Lloyd Cele.

Andrew is well known and respected on the South African jazz scene and he performs regularly in and around Cape Town.  He is also a founding member of the band Virtual Jazz Reality which tours internationally.  Andrew also performs with the Mike Campbell Big Band, Mike Rossi Project as well as his own Andrew Ford Jazz Trio and Function Band.