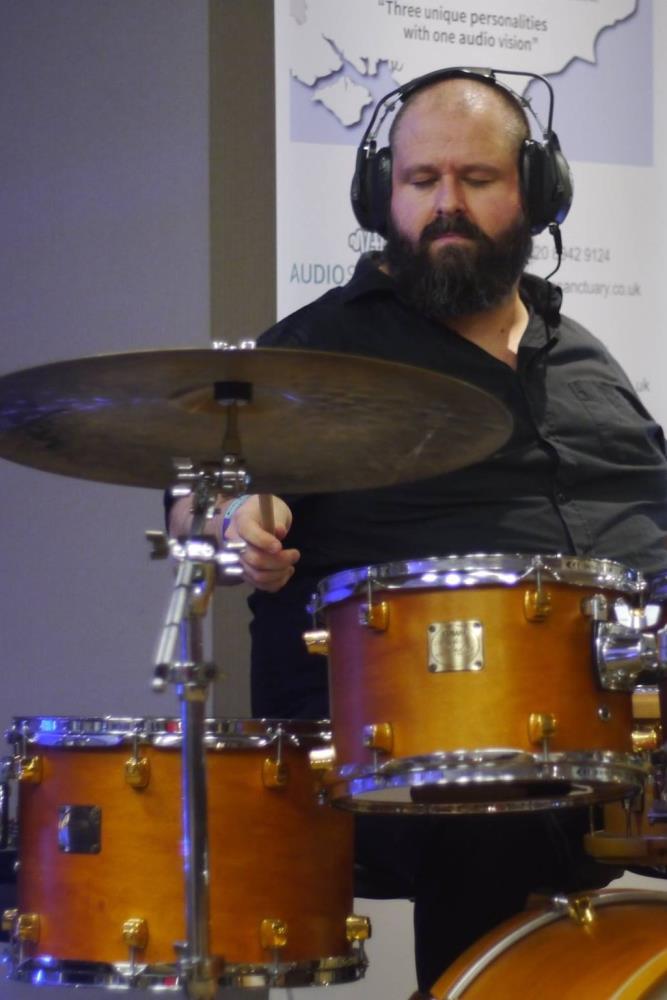 Mike Horne has worked very hard to become one of South Africas most In-demand, and Respected, Professional Session Drummers, for live touring and studio recording. His musical career started at the age of 12, playing in church, and local Gospel bands. Mike's father is a Tenor Saxophonist, and at age 13, Mike began touring the country with one of his fathers Gospel groups, as Roadie and occasional dep drummer. Mike was completely self-taught, but after one, life changing lesson, from ex-Capetonian, now New York Drumming Legend ANTON FIG (of The Dave Letterman Show), whilst still in High School, mike was  accepted into the prestigious BEAU SOLEIL MUSIC CENTRE, under legendary educator Frank Mallows. After High School, Mike then went on to study a Degree in Jazz performance, at The University Of Cape Towns College Of Music, and very quickly earned himself the drum chair for most of the colleges top ensembles, including the UCT Latin Tentet, and the UCT Jazz Big Band. In his second year of university, Mike also had the honour of being selected for, The South African National Youth Big Band, and became a founding member of the South African National Youth Jazz Band in 2001, and toured with that band for 2 years.

Since leaving university, armed with the tools of being both, a good music reader, and extremely versatile across a very wide array of styles and genres, Mike has toured the country extensively, including all of South Africas biggest music festivals, and shared stages with the likes of Dianne Schuur, Courtney Pine, The Mad Caddies, NoFx, Foreigner, Counting Crows, Collective Soul, Seether, and Metallica. With an Impressive and Increasing discography, Mike is often referred to as one of “South Africa’s most recorded drummers”, having recorded on albums for many of the countries top artists, as well television theme songs, movie scores, and many award winning adverts and commercials for many of South Africa's most popular brand names. Mike is also an experienced, and respected drum clinician, and has performed clinics and workshops at various venues, high schools, colleges, music events and drum festivals, as well as featured on a series of clinic/workshops, along with New York session great DOM FAMULARO. To date, Mike has performed or recorded with many great jazz artists, including, Dr Mike Rossi, The Darryl Andrews Band, Dr Andrew Lilley, Dr Mike Campbell, Alvin Dyers, Mark Fransman, Marcus Wyatt, Melanie Scholtz, Carlo Mombelli, Marc Duby, Judith Sephuma, Barney Rachabane (Paul Simon), as well as South African Jazz Legends, the late BASIL MOSES, and the late WINSTON MANKUNKU NGOZI.