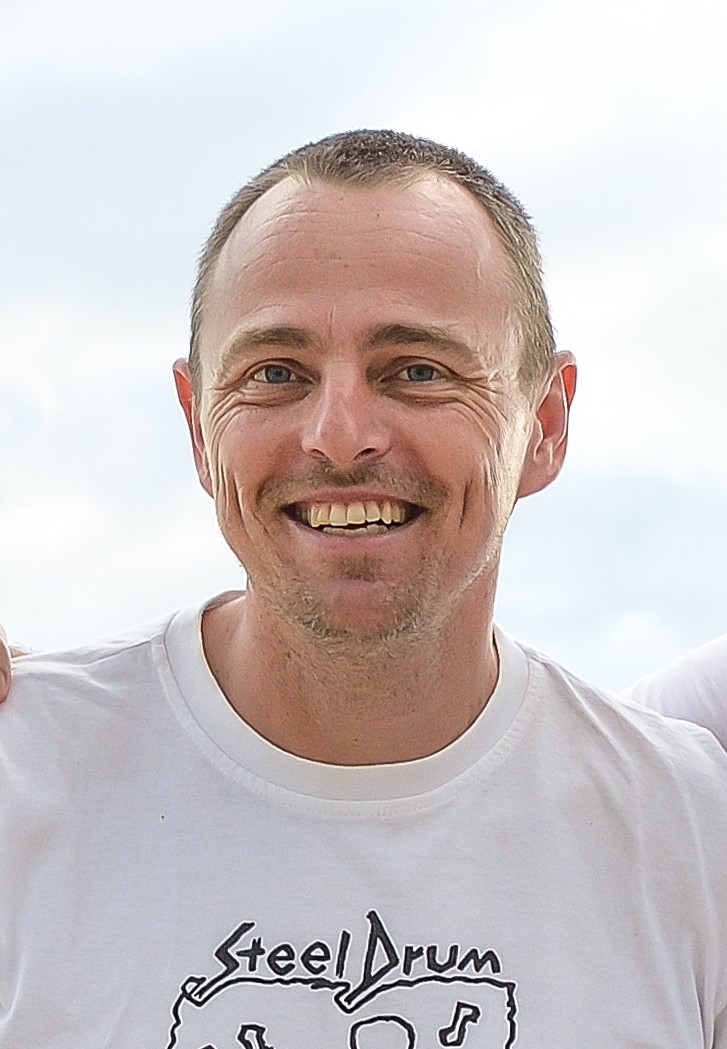 Bryan Clarke is a professional percussionist and the founder of the Steel Drum Foundation. He was part of the original intake into Beau Soleil, played in the first wind band and jazz band, and studied percussion under Frank Mallows. His music career began while he was still at school in Cape Town. He played for the South African Youth Orchestra, was a member of the SAASBE Wind Ensemble and the Rhapsody Percussion Ensemble, and was an ad hoc player for both CAPAB and the Cape Town Symphony Orchestra. Bryan was also an enthusiastic sportsman and after a serious rugby injury he took up hockey and went on to represent Western Province B at school boy level and was a schools hockey umpire.

In 1989 at the age of 18, Bryan won the prestigious SASOL Music Prize, which enabled him to study Jazz and Performance Studies at Ithaca College in New York, where he was awarded bursaries, gave recitals and represented South Africa at an international conference. Returning to South Africa in 1992, Bryan won the SAMRO competition, and spent some time studying African musicology with Andrew Tracey in Grahamstown. He took up the position of Principal Percussionist with the then Natal Philharmonic Orchestra in 1993 and remained with the Orchestra until 2012. Bryan has performed Marimba concertos with the Cape Town Symphony Orchestra, CAPAB and KZNPO and premiered a number of concertos in South Africa.

A sought after percussion teacher, Bryan taught percussion at the Durban Music and Ballet School until its closure in 1997, lectured at the universities of Durban Westville and UKZN until 1999, and was regional coordinator of the Field Band Foundation until 2015. He is best known as Sir Bryan, the Steel Drum guy!  He is renowned for his energy and enthusiasm and was awarded the Durban Critics Circle Award in 1996 for his work in KwaZulu-Natal. In October 2001 he was nominated as the Shepstone and Wylie KZN High Roader of the Month for his contribution to development in the province.

These days most of Bryan’s work involves teaching steel drums and marimbas but he also finds time to teach private students and play professionally with his popular steel drum band ‘The Caribbean Connection’ and his African marimba band ‘Uzuko’. He continues to conduct regular workshops around South Africa, using percussion, voice and movement. Bryan is an avid amateur cyclist and spends all his free time on his bike. In 2015 and 2016 he cycled the gruelling Triple Crown Haute Route which saw him cycling over 900kms with more than 60000m of climbing, over three weeks, through the Pyrenees, Alps and Dolomites in Europe. Bryan recently returned from a four month overland trip through Southern and Central Africa with his family and now spends all his nights dreaming of his next big adventure!