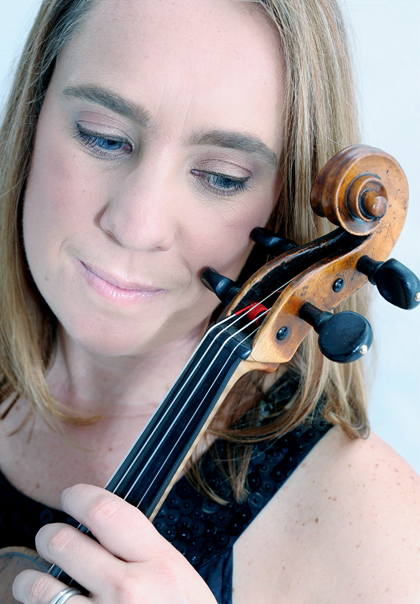 Louise Lansdown was appointed Head of Strings at Birmingham Conservatoire in 2012, after holding the position of Senior Lecturer in the School of Strings at the Royal Northern College of Music in Manchester from 2001-2012. She also held part-time teaching positions at the University of Manchester and Chetham’s School of Music.  She has been involved with Pro Corda,

the International Chamber Music Academy at Leiston Abbey in Suffolk, since 1999, having Directed the Junior (2009), Intermediate (2005-2008), Senior (2008-2012) and North Courses (2008-2012). Louise was appointed Director of Chamber Music at Pro Corda in 2008 and her role has recently changed to Assistant Artistic Director of Pro Corda and Director of the Musical Encounters and Conservatoire Viola Course. She has also initiated three further Conservatoire Instrumental Courses to be held at Pro Corda in collaboration with Birmingham Conservatoire for Violin, Cello and Double Bass, all starting in 2014.

Louise’s greatest musical influences have been Jack de Wet, Eric Rycroft, Lamar Crowson, Alan George, Thomas Riebl, Christopher Rowland, Gabor Takacs-Nagy, members of the Ysaye Quartet and Milan Skampa.  She holds a B. Mus, B. Mus (Hons) (with distinction in Performance) and M. Mus from the University of Stellenbosch, South Africa. In 1998 Louise was awarded the ABRSM Overseas Scholarship to study at the Royal Northern College of Music.  She graduated with a Postgraduate Diploma in Performance in 1999, Master of Music in Performance and Teacher’s Licentiate in 2000, all with Distinction in Performance. In 2000 she was also awarded a Junior Fellowship in Chamber Music at the RNCM along with the Rachel Godlee Prize for Viola. Louise was a member of the Yeomans Quartet at the RNCM from 1998-2001, giving recitals around the UK, Europe, Russia, Germany and South Africa, as well as recording Haydn and Sullivan quartets.  She was closely involved with the annual RNCM Chamber Music Festivals, founded by the late Dr. Christopher Rowland in 1999, performing and helping to oversee performances of the complete chamber music of Haydn, Beethoven, Schubert, Mendelssohn, Brahms, Shostakovich, 20th century quartets and many more.

Louise was awarded a PhD from the University of Manchester in 2008 with the title: ‘The Young Paul Hindemith: Life, Works, Relationships, Influences and Musical Activities until 1922.‘  Louise’s journey with Hindemith has now lasted many years, with visits to the Hindemith Institute in Frankfurt since 2003 and reveling in a lifelong Hindemith pilgrimage following the composer’s footsteps across the globe – this has involved research trips, recitals and master classes in Hanau, Mainz, Berlin and Frankfurt, Germany; Yale University and New York, USA; South Africa; Zurich and Blonay, Switzerland.  Louise has been supported by many of her viola students and other Hindemith admirers in her journey throughout the years. Many fruitful collaborations, exchanges and opportunities have resulted from these projects. Louise is indebted to Dr Luitgard Schader from the Hindemith Institute, Frankfurt for her unswerving support, friendship and invaluable advice throughout this period.

Louise plays on a French instrument made around 1750, previously belonging to Eric Rycroft and Cecil Aronowitz (first Head of Strings at the RNCM). She is also the founder of the Cecil Aronowitz International Viola Competition for 21 and under violists, a bi-annual event to be held at Birmingham Conservatoire starting in 2014.

Louise is currently a member of the Manchester based Pleyel Ensemble.