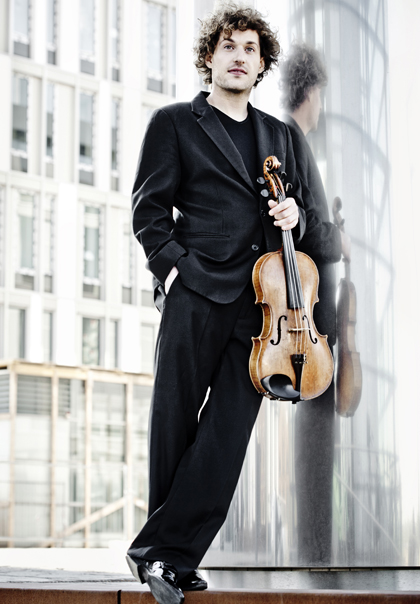 He was born in Cape Town into a musical family and started playing the violin at the age of 4, switching to viola in 1990.  After completing his studies at the Universities of Stellenbosch and Cape Town with Prof. Jack de Wet, Xandi became a founding member of the Cape Town-based Sontonga Quartet, and held the viola position from the quartet’s inception in 2002 till December 2006.

In this time, the Sontonga Quartet toured extensively both in South Africa and internationally, including performances at venues such as the Old Fort at Constitution Hill, Johannesburg; the Barbican Centre, London; Lincoln Centre and Central Park, New York and the National Gallery of Victoria in Melbourne as an adjunct to the Commonwealth Games 2006.  As a member of the Sontonga Quartet, Xandi has premiered over 30 South African works, as well as giving the South African premieres of works by Terry Riley, Osvaldo Golijov and Kevin Volans (with whom the quartet had worked), Pärt and Gòrecki.

Prior to his involvement with the Sontonga Quartet, Xandi freelanced with various Cape Town orchestras. He has held the position of principal viola in the World Youth Symphony Orchestra at the Interlochen Arts Camp in Michigan, USA, as well as being principal viola of the South African National Youth Orchestra for a number of years.

Since the beginning of 2008 Xandi has been a member of the Cologne-based Signum Quartet. With them he has been a laureate of the international competitions Premio Paolo Borciani (Italy), the ICMC Hamburg and the London International String Quartet Competition, where they were also awarded the coveted audience prize. From 2009- 2012 they were supported by the stART Programme of the Bayer Cultural Affairs Department (Bayer Kultur), and from 2011-2013 they were in the BBC Radio 3 New Generation Artists scheme. Most recently the quartet was awarded an International Classical Music Award (ICMA) for their album “No.3”, with quartets by Bartók, Schnittke and Berg.

Concert appearances have led the Signum Quartet to international podia from Madrid to Paris, from the Liederhalle Stuttgart, the Concertgebouw Amsterdam, the Wigmore Hall in London and the Berliner Philharmonie to the Schleswig-Holstein Music Festival, the Aldeburgh Festival, the Festival Aix-en-Provence and the BBC Proms.

At the invitation of the Goethe Institute, the young ensemble has undertaken extended concert tours which have hitherto seen them perform in Asia, Middle America and Africa.
Concerts by the four musicians have been broadcast nationally and internationally by stations of the ARD, Deutschlandfunk, DRS, ORF, BBC and Arte.