In attendance at the event was the cartoonist Tony Grogan, who made these delightful sketches of the quartet and their coach, Marina Louw. The feedback from the Owl Club was overwhelmingly positive, with the quartet’s performance hailed as being ‘arguably one of the best performances ever at the Owls’. 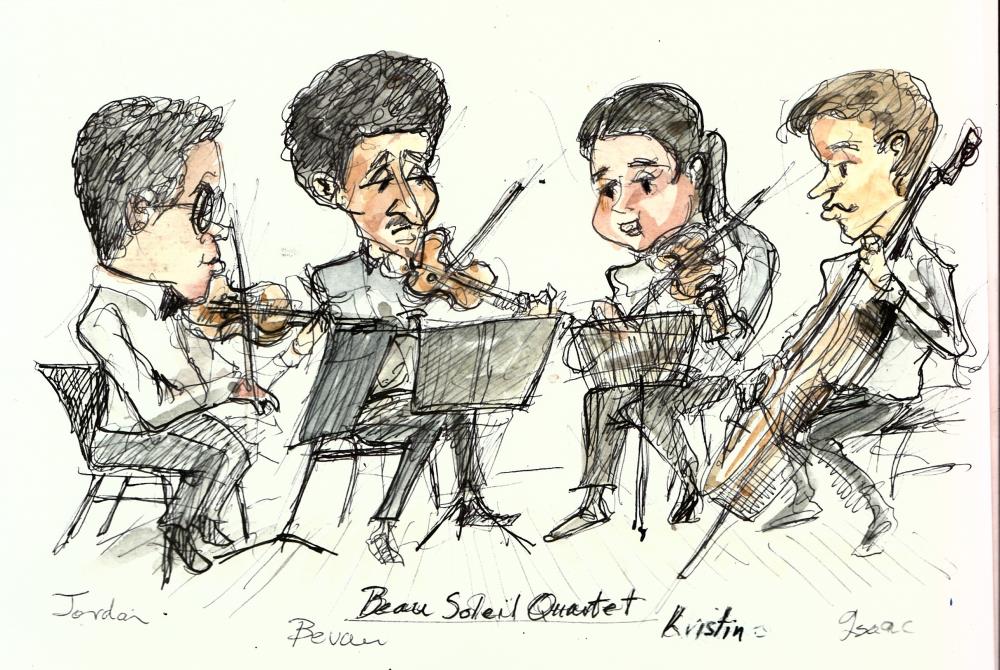 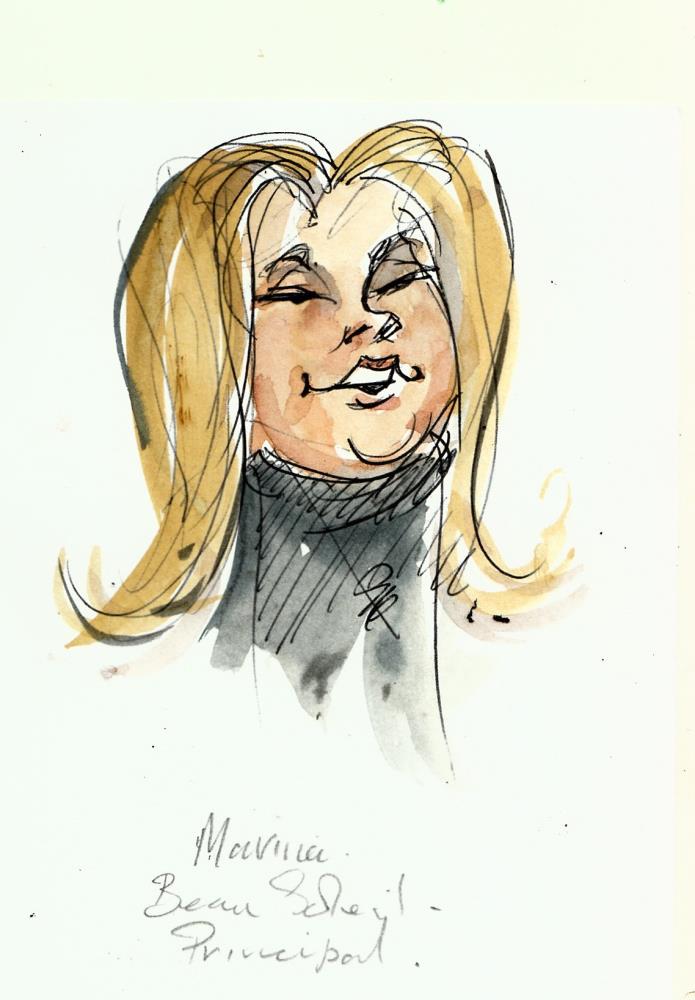 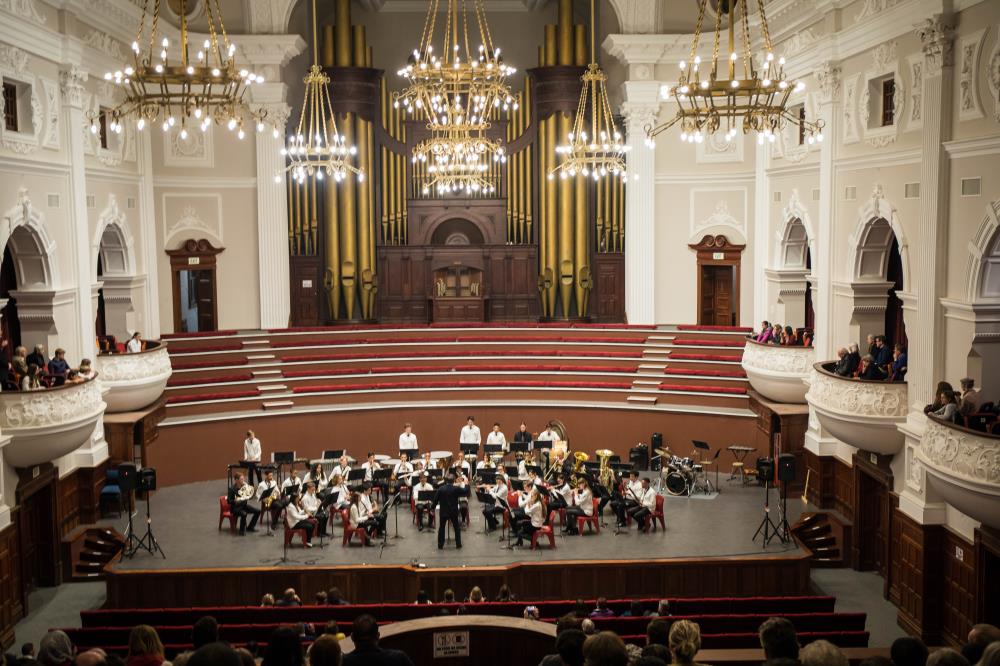 Beau Soleil Music Centre held its 35th GALA concert in the newly refurbished City Hall on Sat 15 September. Among the highlights of the concert were the Senior Strings’ rendition of Grieg’s Holberg Suite and the Senior Band’s performance of Ravel’s Bolero, which concluded the evening. In attendance were the Minister of Education in the WCED, Mrs Debbie Shäfer and several high-ranking officials from the WCED’s Chief Directorate. 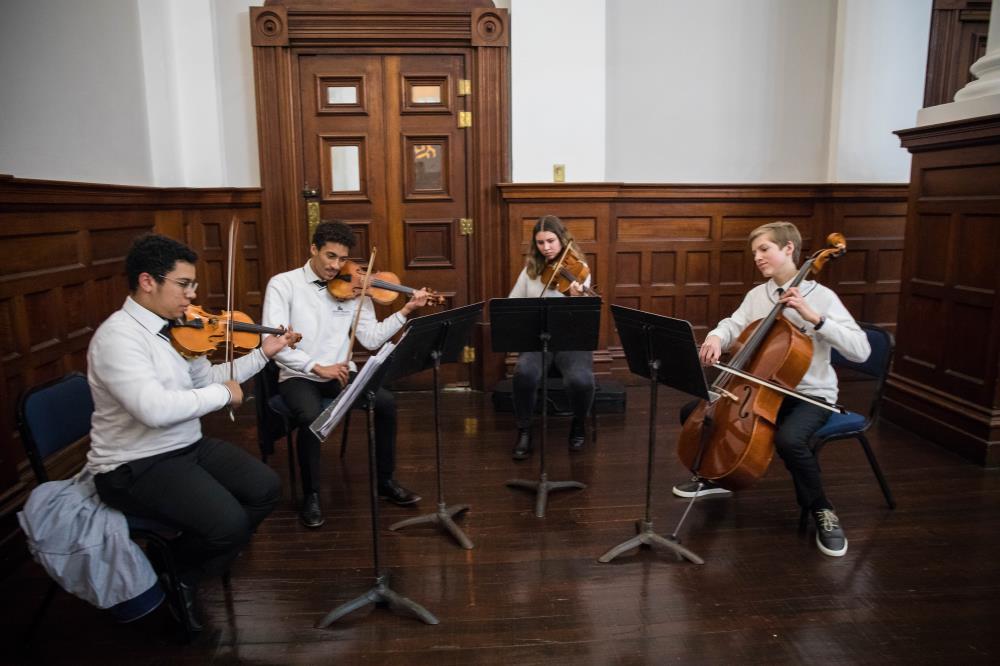 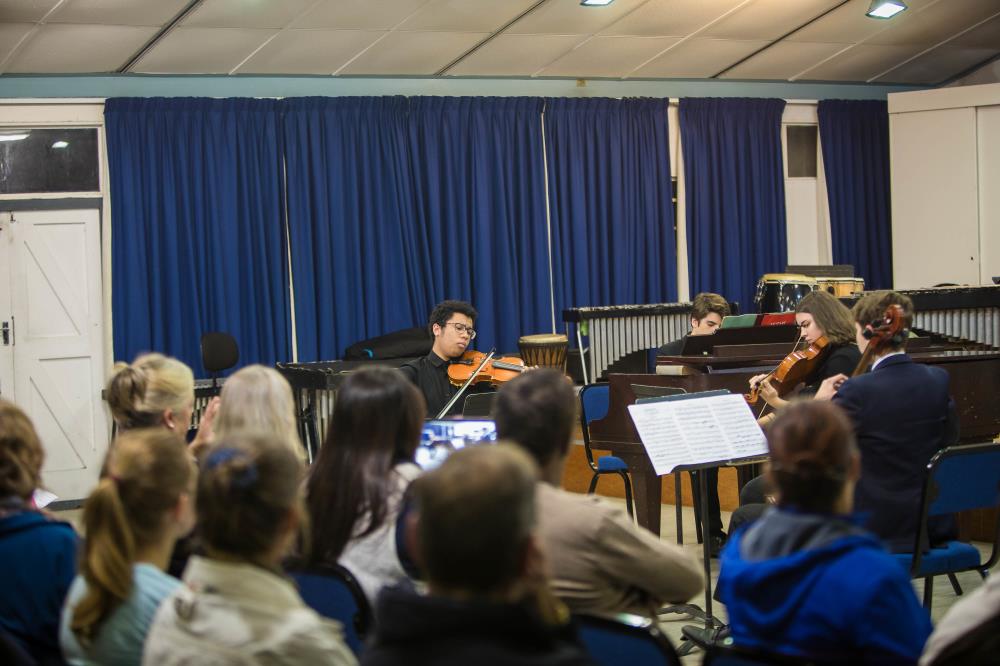 On 20 June 2018, Beau Soleil presented it's Small Ensembles Concert in the Main Hall at the Music Centre. This is the main concert for the 2nd term at Beau Soleil focuses on Chamber Music and a variety of ensembles performed representing all the instrument families offered at Beau Soleil. Performance groups were the Flute Quintet, the Senior Percussion Ensemble, the Beau Soleil String Quartet, the Beau Soleil Brass Ensemble and the Beau Soleil Woodwind Quartet. In some of the ensembles, there was an opportunity for students to perform alongside their teachers.

There was also a performance from the Franschhoek Chamber Music Workshop, which featured 2 Beau Soleil students and 2 guest musicians. They presented a fine performance of the 1st movement of Mozart’s Piano Quartet in g minor(watch here). A high performing standard was displayed throughout this interesting and varied programme. 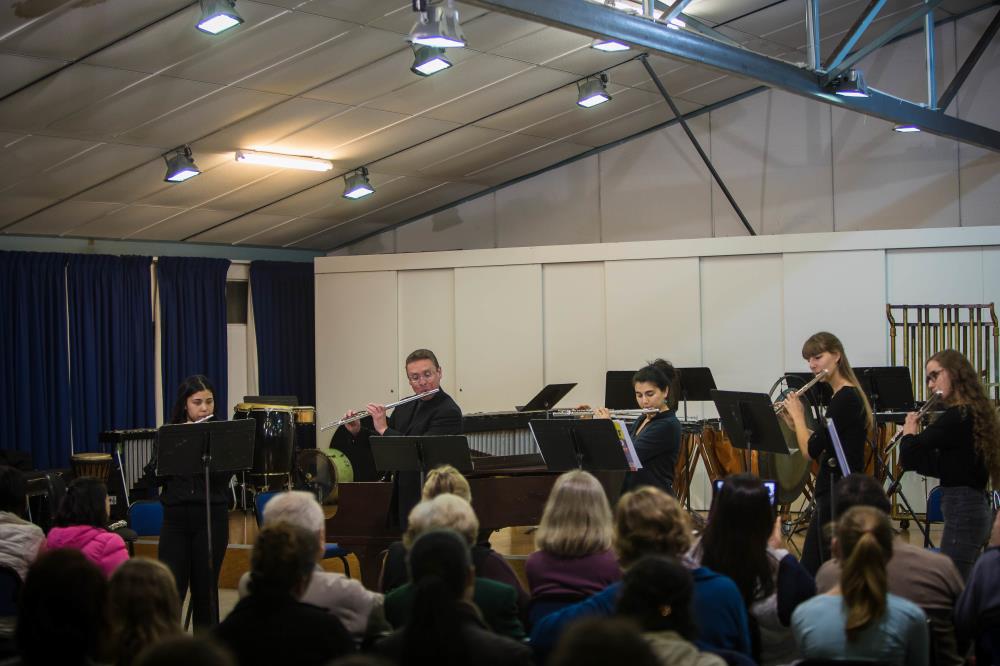 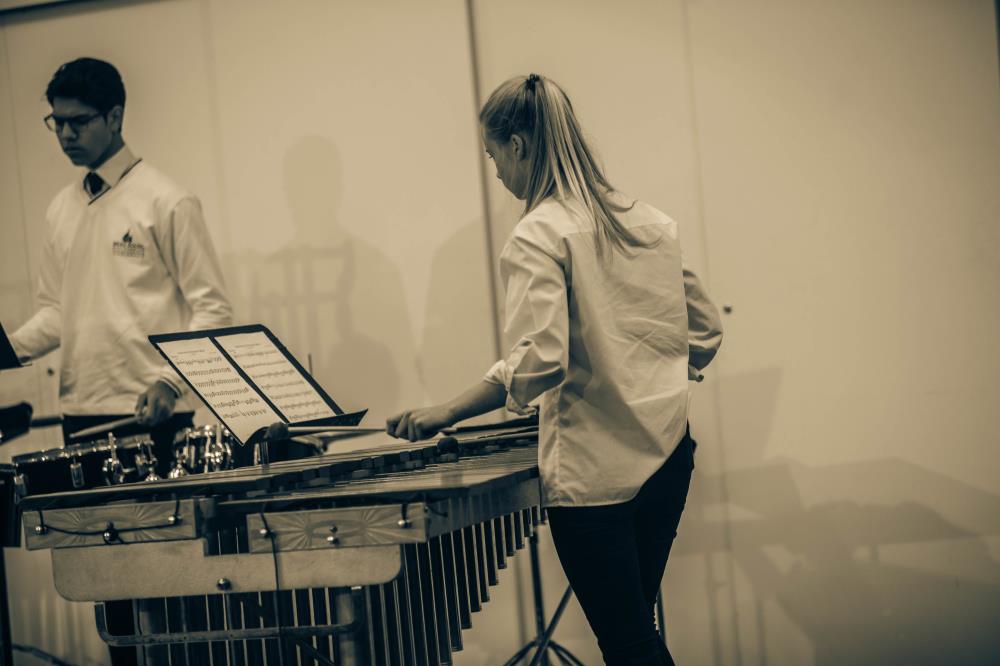 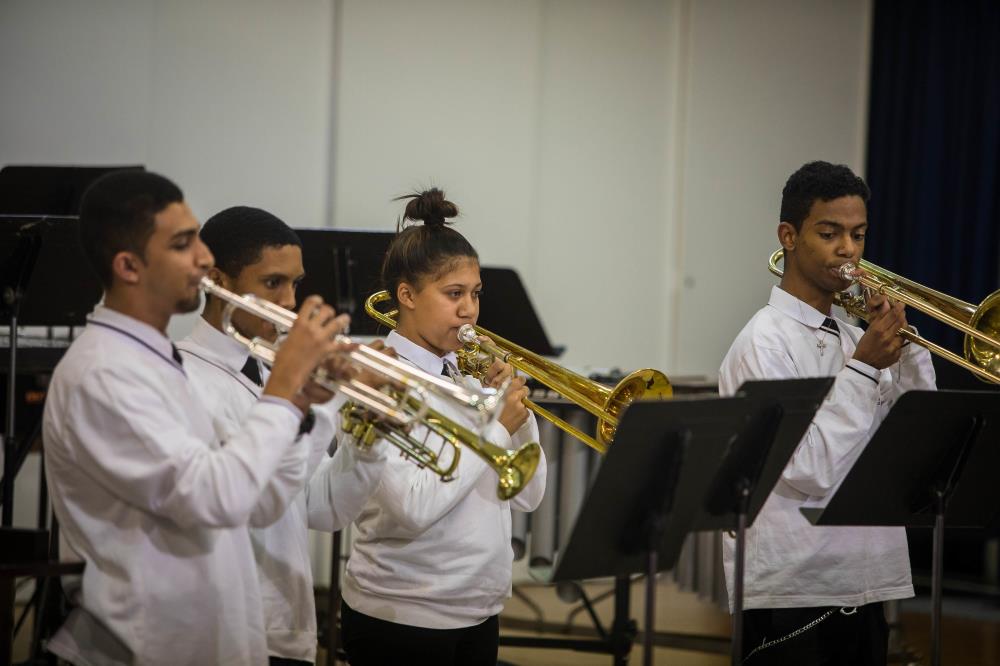 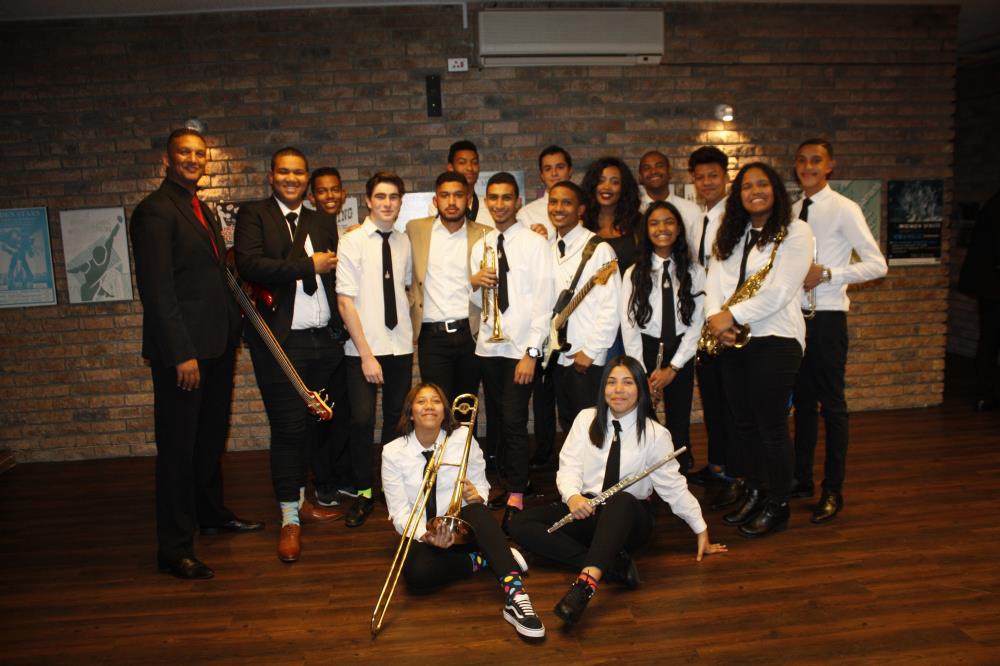 We played a variety of Soul and Jazz music namely: "All of Me" by John Legend, "A Change Gonna Come" by Sam Smith, "Together Again" by Dave Koz, "If I Ever Lose this Heaven" by Jonathan Butler, featuring Maysa, and "Saturday Night, Sunday Morning" by Thelma Houston. All the arrangements were done by Mr Merlin McDonald. Also present was the Alumni Band from UCT, directed by Mike Campbell and international  jazz trumpeter, ensemble director and educator from Georgia State, Gordon Vernick and many other international jazz musicians from Sweden and the UK.

The entire concert was broadcasted live on radio, 101.3. We were very well received with positive feedback from the audience and we received a framed certificate of appreciation from the orginaisers.