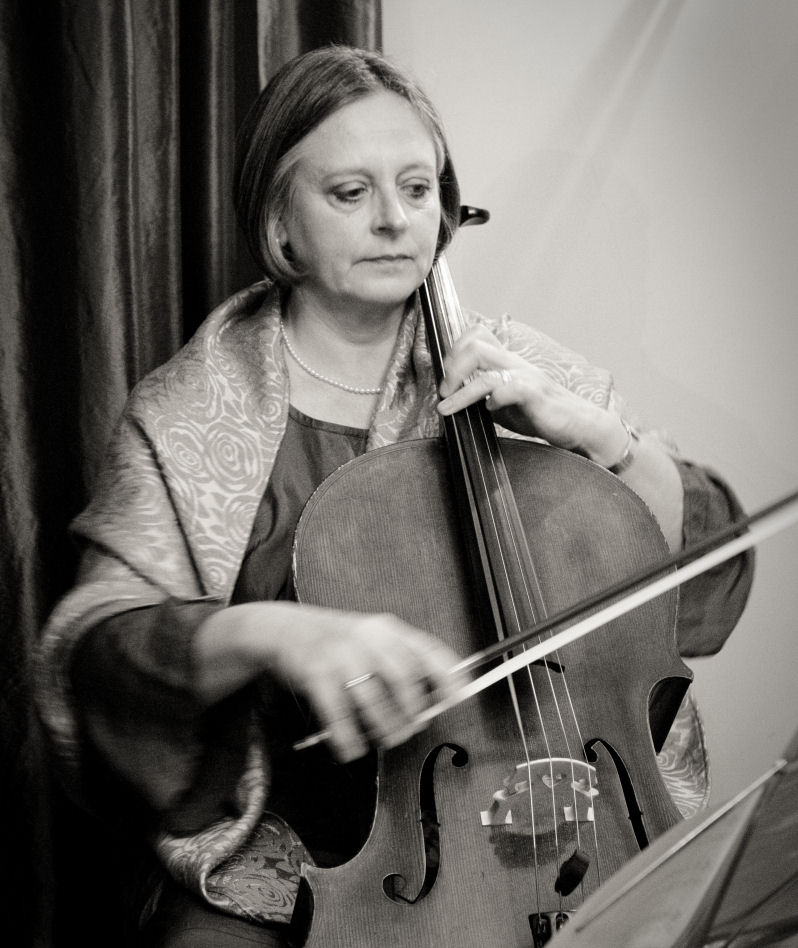 Maya Maile (née Gaertner) started her Cello studies in Stellenbosch with Dorothy Johnman. From there she went to the College of Music at UCT, where she studied with Elephtherios Papastavros, Jack Clarke, Alan Stephenson and Eric Martens. She graduated from UCT with a B Mus degree (Cello Performance) in 1981 and also obtained ABRSM and UNISA Performers’ Licentiates in Cello. In 1995 she obtained her LRSM (Music for the School Curriculum).

In 1980 she was the joint winner of the Oude Meester String Prize, as well as being awarded the Pierre Fournier / Concert Club Scholarship. Maya was fortunate to be able to attend Master Classes with Pierre Fournier in Cape Town, and with Heidi Litschauer in Durban. She was twice selected to perform as soloist with the CAPAB orchestra as part of the Youth Concerto Festival: Max Bruch’s Kol Nidrei in 1977 and the Saint-Saens Cello Concerto in 1980.

Maya has taught cello, recorder, Orff and class music, as well as coached various instrumental ensembles, at a number of schools in Cape Town, including the Diocesan College (Bishops), Hershel, Springfield Convent, Reddam House, Grove Primary School, Micklefield, The Hill Pre-Primary, the American International School of Cape Town, St George’s Grammar School, and most recently, Westcott Primary School. From 1998 to 2001, she was employed as the Director of Music at Western Province Preparatory School.

From 2007 to 2010, she and her husband were involved in setting up a hydroponic herb farming operation on their farm outside Bredasdorp. During this time, she was also a part-time French and German language teacher at the local high school in Bredasdorp.

Maya has been a part time cello teacher at Beau Soleil Music Centre over a number of years and is now employed fulltime teaching cello and coaching the Preliminary Strings. She is also actively involved with the Ifidyoli Strings Project.