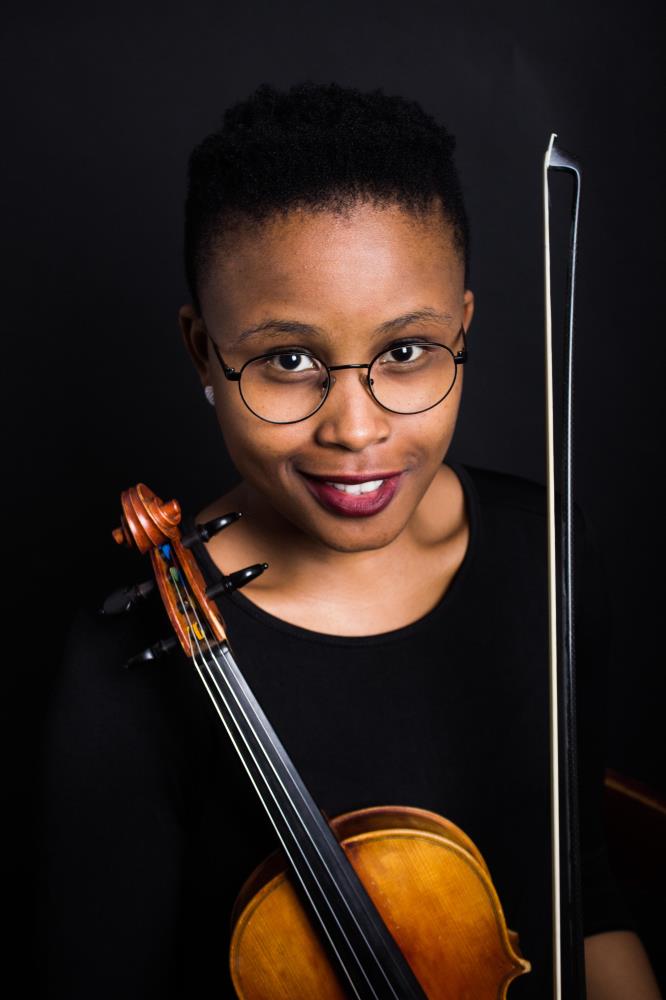 Bonolo Kgaile joined the Cape Town Philharmonic Orchestra at the age of 23 in 2019. She has been playing the violin since the age of 10. She was part of the Bochabela String Orchestra from 2006-2013 and tours with this orchestra regularly. In 2011, she participated at the Musica Mundi festival in Brussels. She has played as the concert master of the National Youth Orchestra as well as that of the Bochabela String Orchestra. She has also been part of the MIAGI Youth Orchestra since 2009-2012 and 2014. This orchestra has participated at the Young Euro Classic Festival in Berlin in 2009 and 2012. In 2010 Bonolo was the recipient of the National Sanlam Competition overall price which is now known as the Hubert van der Spuy Competition. She has toured South Africa with the Zurich Chamber Orchestra in 2013 and 2015. Bonolo has appeared as a soloist with the KZN Philharmonic Orchestra and at the Western Cape Youth Music Festival where she performed with the Cape Philharmonic Orchestra. In 2017 Bonolo completed her Bmus Performance at UCT under the tutelage of Prof. Farida Bacharova and in the same year she was part of the Bokamosho String Quartet who were the overall prize winners of the National Ensemble Competition. She is also a member of the Cape Town Baroque Orchestra.