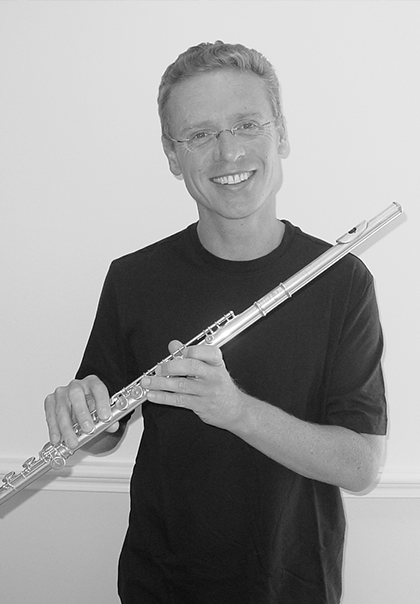 After completing post-graduate studies in performance at WITS University he moved to London working as flautist with Her Majesty’s Coldstream Guards band. Derek received several awards, made numerous recordings and toured Europe and the Far East. Derek completed a MA in Psychology for Musicians (University of Sheffield) and worked in the commercial music industry.

He returned to South Africa in 2004 where he combines performing and teaching with a performance coaching practice.