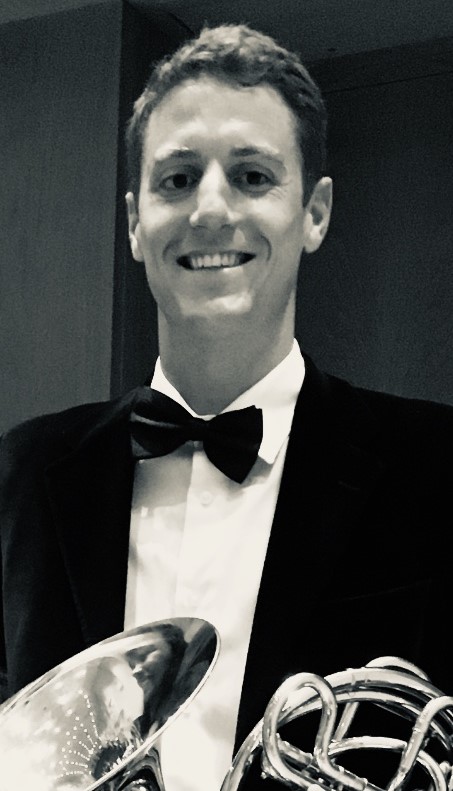 Emil teaches French Horn & Trumpet at the Music Centre. He completed his DipABRSM (French horn performance), grade 8 French horn, grade 6 theory, and grade 5 piano during his high school years at Constantia Waldorf School, where he attended school right through from kindergarten to matric. As part of his class ten year, he lived and went to school in Schwaebisch Hall, Germany as an exchange student, where he performed with the Town's Wind Band as principal horn.

After completing Matric in 2008, Emil attended Stellenbosch University where he completed his Bmus (cum laude) in 2012. For the first semester of his final year he studied abroad at the University of Arizona in Tucson where his teacher was Professor Katzen of the Boston Symphony Orchestra.
Emil then worked at Collegiate Junior school for girls in Port Elizabeth as brass teacher and Band Master for two years before returning to cape Town to take up his current post as Principal horn of the South African Navy Band.
Over the years Emil has been privileged to play with most of the professional, student, and youth orchestras in the country including the CPO, KZNPO, JPO, BCO, USSO, UCTSO, UNMUSO, UPSO, SANYO, MIAGI and played in orchestras and bands in the USA, Germany and Namibia.
Emil enjoys being outdoors, especially on the beach and mountains, in the garden and weekends in the Karoo when he can get away.