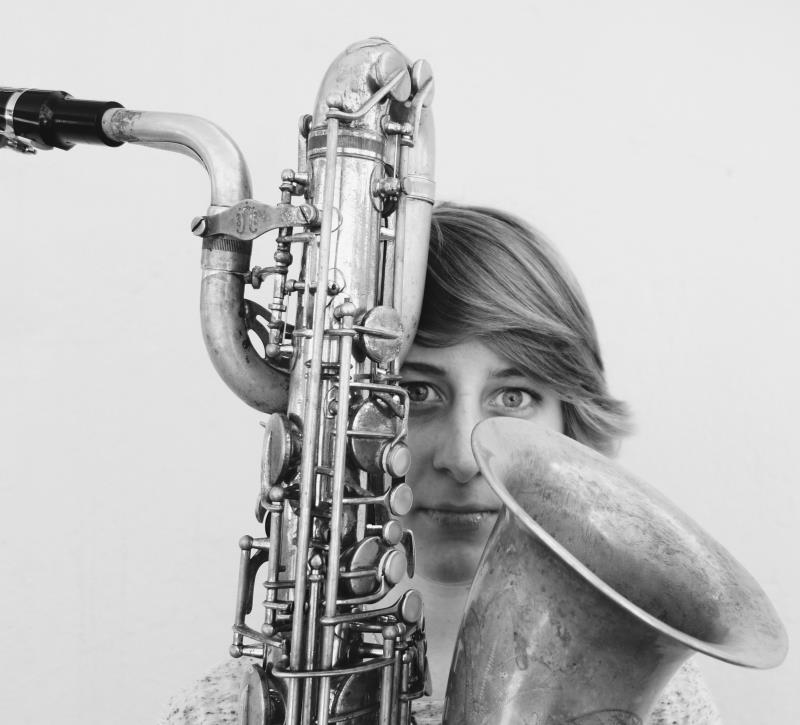 Claire was born in Cape Town and began playing music at the tender age of 4, starting classical saxophone at age 10. She attended Westerford High School and was awarded a Grade 8 Certificate, passing with distinction with the highest mark in the Western Cape, in classical saxophone from the Trinity College of Music. During primary and high school, she attended the Beau Soleil Music Centre and studied classical saxophone with John Rojas, as well as performing in the Jazz Band with Frank Mallows, where she was able to hone her improvising skills, and the Senior Wind Ensemble.

She then began studying a Bachelor of Music degree (BMus) in Jazz Performance at the South African College of Music, at the University of Cape Town in 2011. There she majored in saxophone in 2011 with acclaimed jazz saxophonist Professor Mike Rossi. At the SACM she was awarded SAMRO Bursaries for Musical Study during 2011 to 2013, performed in the UCT Big Band throughout her studies there and was awarded the degree with distinction in 2014.

She has performed with various artists, including touring Europe in 2012 and 2014 with the MIAGI Youth Orchestra,travelling to Paris on a Cape Town/France exchange programme with George Werner and Marcus Wyatt, and with various jazz ensembles involving many different jazz musicians around Cape Town, including Hugh Masekela, Freshlyground, the Cape Philharmonic Orchestra, and George Anderson of Shakatak. She has also performed at the Grahamstown Jazz Festival from 2011 to 2013 and continues to perform in and around Cape Town with her own progressive jazz quartet (who perform her own compositions and arrangements).

In 2015, Claire was awarded the FMR Jazz Performance prize. Claire is an active session musician involved in many performing projects like The Swing Collective and the Cuban Music Project and has played at top music festivals such as Up the Creek and Rocking the Daisies, and in 2016 premiered at the Cape Town International Jazz Festival with Lana Crowster’s Band. Currently, Claire is busy completing her Masters degree at SACM with a scholarship in Jazz Composition and Arrangement, under the tutelage of Dr Mike Campbell.